Doreen WEISENHAUS is Director of the Media Law Project and Honorary Associate Professor of the Journalism and Media Studies Centre, The University of Hong Kong. As of September 2017, she is also a Senior Lecturer and Director, Media Law and Policy Initiative, at Northwestern University in Chicago IL, with a joint appointment at the Medill School of Journalism, Media, Integrated Marketing and the Pritzker School of Law.

Weisenhaus taught media law and ethics at HKU as an associate professor (2009-2017) and an assistant professor (2000-2008). Prior to joining JMSC, she was city editor of The New York Times, where she helped supervise coverage of New York City, with particular responsibility for criminal justice and the courts; labor and the workplace; local business and finance; social services, and immigrations. She also was the first legal editor of The New York Times Magazine. Prior to The New York times, she was editor-in-chief of the National Law Journal, a leading publication for lawyers in the U.S., where she led award-winning coverage of such issues as the death penalty and environmental racism.

She also was a prosecutor in New York City, a television news producer in Chicago, and a reporter for the Milwaukee Journal. She holds law and journalism degrees from Northwestern University. She is the author of Hong Kong Media Law: A Guide for Journalists and Media Professionals (Hong Kong University Press 2007) and an expanded second edition in 2014. Her book, Media Law and Policy in the Internet Age, was published by Hart Publishing Oxford in 2017. Her research interests include international press freedom and worldwide trends in media law and policy. Since 2014, she has served as a member of the expert panel and working group for Columbia University’s Global Freedom of Expression Project.

Her research interests include international press freedom and global trends in media law and policy. Her other publications include chapters for National Security and Fundamental Freedoms: Hong Kong’s Article 23 Under Scrutiny (HKU Press 2005); International Encyclopedia of Communication (on communication law and policy in Asia)(Blackwell 2008, revised 2012); Media and Development in Asia: Regional Perspectives (on media ownership trends in Greater China)(AMIC Asian Communication Series 2008); International Libel and Privacy Handbook (Wiley-Bloomberg 2013 and Lexis 2016).

Her publications include “Freedom of Expression and the Right of Journalists to cover protests and demonstrations: Hong Kong and Beyond” (Hong Kong Law Journal 2003), Media Photography in Hong Kong Streets: The Impact of Proposed Privacy Torts (Media & Arts Law Review 2006), The Role of Academic Research in Media Policy-making: the Case Study of Hong Kong (International Journal of Communication 2008), and Criminal Defamation in the New Media Environment – the Case of the People’s Republic of China (International Journal of Communications Law and Policy 2011). 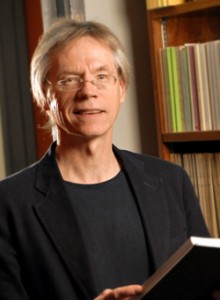 Rick GLOFCHESKI obtained his BA at Wilfrid Laurier University, his LLB at University of Windsor and his LLM at Cambridge University, England. After practicing law in Canada, mainly in civil litigation, he joined the University of Hong Kong. His primary areas of teaching and research are in tort law, labour and employment law, and teaching and learning in higher education. He has also taught criminal law, contract law, legal system and medical law. Rick is the Editor-in-Chief of Hong Kong Law Journal. He is a Panel Member of the Bar Association Qualification Committee. He was Head of the Department of Law from 1996-99. He is the author of Tort Law in Hong Kong. He is author and co-editor of Employment Law and Practice in Hong Kong, for which he was awarded (jointly with Farzana Aslam) the University Research Output Prize 2011. Rick was selected for the award of University Teaching Fellow (2004), the inaugural University Outstanding Teaching Award (2009), the inaugural University Distinguished Teaching Award (2010), and the inaugural Hong Kong-wide University Grants Committee Teaching Excellence Award, in recognition of outstanding teaching and his leadership and contributions to the advancement of teaching and learning.

The expanded second edition of Hong Kong Media Law aims to help anyone who uses any publishing device or platform to safely navigate the shifting terrain of media law. Buy it now!